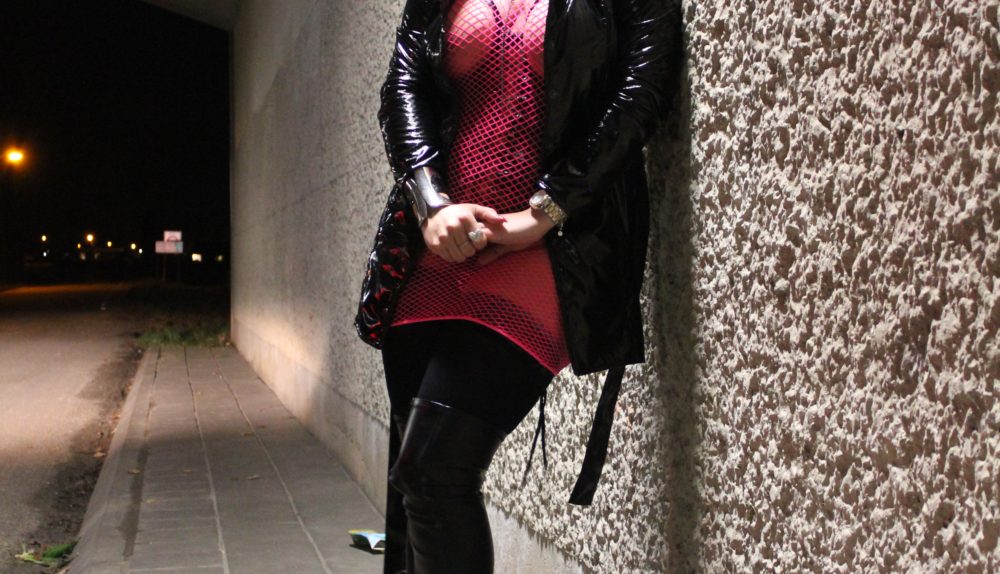 Whenever i have time I will write about my ‘past encounters‘ as an escort girl roaming around in the area… Today i smelled the scent of shoarma meat being baked…and it reminded me of a story that was at the time I was working for an escort company. They happen to send their girls to any shithole with a phone line. And that particular day was my lucky day…

I got a call from my escort company to go to an address in Luttenberg. I never heard of that place and it should have stayed that way…boy did I know! It was late evening and I asked my escort boss if he knew the client…’yesss is a very good client!’…’So what can you tell about him?’ He said: ‘Well…ehhhhh…a good client and ehhhhh…he books regularly…?’. Oh ok…then I am supposed to go as a good girl… So I went. Driving and driving…it was in the middle-of-fuckin’-nowhere! Darker than the darkest black hole in the universe! When I arrived, it appeared to be a big caravan in the field…called my boss again…’you sure?’ there is absolutely nothing over here…just a TRAILER…’yess sure…ehhhh…a caravan, right!’

I got out of the car, driver left me and there I was…a dog coming at me jumping and ruining my stockings…just fantastic! I opened the door and I saw a middle aged farmer man still dirty from work and hair straight up on his skull standing in his messy kitchen in the caravan turning to me with very big big eyes! In a split second I understood he did not expect me…and he got scared of this vixen in very hot slut-dress! I saw his brains…’what is this? ahhh beautiful! is this a dream? Can I afford her…Nooooooo…I can not!’ I asked him…’Did you book me?’ ‘noooo, I don’t know nothing! I just prepare SHOARMA on the stove and there you are! Must be a mistake!’ The whole look of it…the stained farmer with his jumping barking dog. What a sight! I ran out so fast and called the driver….luckily he was near and picked me up 2 minutes later.

Just in time to see a car coming from nowhere with another 2 hillbillies inside trying to stop us. When we passed they turned around and followed us! They called my driver (he had asked the route before) ‘..are you the escort? are you the hooker? Stop we wanna see you, wanna fuck you…our friend is waiting for you! He’s expecting you!’ They followed us for about 7km before they gave up. Boy was I wound up. What an idiots. It was my first FAKE CALL. And a chilling one. These guys had nothing else to do on a Saturday night then to get boy’s-drunk with no girls nowhere to be spotted for the next 20 miles…and them making FAKE calls to an escort co.! What. A. Fun. And my escort boss was dumb enough not to ask ANY questions AT ALL! Guess he found the money more important than the girl.

Welcome to the dark drunken nomansland of Luttenberg at a very average Saturday night. Just SHOARMA & FAKERS. That’s all there is.